GIOVANNI ORLANDO   |   Partner & CEO
Giovanni Orlando has had a long and distinguished career in the financial services industry and in film financing. He was previously a managing director of Lehman Brothers Inc., in New York, and served as CEO of Corporate Finance in the Americas for ABN Amro Inc. During his eleven years with SBC Warburg Dillon Read, he oversaw Investment Banking for Southern Europe, Global Privatization Services, Mergers and Acquisitions for Latin America, and the Global Advisory Group for the Americas. During his tenure as a senior investment banker, Giovanni also managed M&A transactions in the entertainment industry, in Europe and in the Americas. A native of Venice, Italy, he has a doctorate in Economics from Venice University and pursued post-doctoral studies in International Economics at the Johns Hopkins University. Giovanni divides his time between Santa Fe, Los Angeles and London, where he oversees Atalaya’s Europe-based projects. 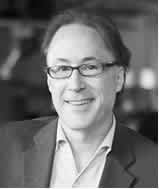 HAMPTON SIDES   |   Partner, Producer and Author
Hampton Sides is an award-winning frequent contributor to such publications as Outside, National Geographic, Smithsonian and The New Yorker, and the author of Ghost Soldiers, Blood and Thunder, Hellhound on His Trail, In the Kingdom of Ice and other bestselling works of narrative history. He has also served as historical adviser and consulting producer on four documentary films for the acclaimed PBS series, The American Experience. Ghost Soldiers, a World War II narrative which has sold over a million copies worldwide, was the basis for the 2005 Miramax film, The Great Raid. Hampton’s bestseller, Hellhound on His Trail, about the murder of Martin Luther King, Jr. and the international hunt for assassin James Earl Ray, is under development with Black Label Media and acclaimed writer-director Scott Cooper. He is now at work on a book about the epic Korean War battle of Chosin Reservoir. A frequent guest lecturer at universities and literary conferences, Hampton has been a fellow of Yaddo, the MacDowell Colony, the Santa Fe Institute, Colorado College and the Edwards Media Program at Stanford University, and is a member of the board of directors of the Author’s Guild. 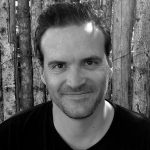 KIRT BOZEMAN   |   Writer and Associate Producer
Kirt has worked as an assistant and script coordinator on over a dozen projects including A Million Ways to Die in the West, The Ridiculous Six, 12 Strong, Hostiles and the Netflix series Messiah and has worked directly with many of Hollywood’s top writers. Kirt is the winner of the 2019 George R R Martin Screenwriting Grant for Science Fiction and Fantasy. 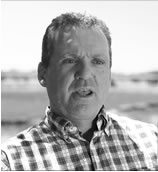 GUY MCELVAIN   |   Chairman, Partner
Guy McElvain runs a family-owned limited liability company in Colorado. He and his family have invested in numerous development projects for television and the big screen. Guy, who splits his time between Denver and his New Mexico ranch on the Rio Grande, has invested in ventures that include oil and gas exploration, real estate, competitive show jumping, horse breeding, and fine art. Among other projects, he is a creator and co-owner of Hipico Santa Fe, a major equestrian venue that attracts competitors from around the world. 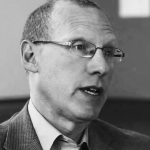 MORRIS PANNER   |   Partner
Morris Panner is an experienced technology executive, lawyer, and investor. He is currently CEO of Ambra Health, a leading digital health company. Prior to that, he was CEO of OpenAir, which he sold to NetSuite/Oracle (NYSE:ORCL). Before entering the private sector, Morris served with the Department of Justice and was, among other things, the Resident Legal Advisor in the US Embassy in Bogota, Colombia. A graduate of Yale College and Harvard Law School, he lives in Washington. 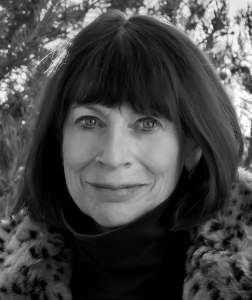 VALERIE MOORE   |   Assistant to Giovanni Orlando
Valerie Moore is a project manager whose credits include Titanic (Deep Dive Unit), Universal Studios (Production Coordinator), The History Channel (Expedition Coordinator) and producer for multiple indie films. She in an inductee into the Women Divers Hall of Fame, The Explorers Club, World Center for Exploration and a former Board Member of New Mexico Women in Film.